Last Saturday, I was browsing my Facebook account, while my children watched a cartoon film of ‘Ali Baba and the Forty Thieves’. Suddenly, a thought occurred to me; what if Ali Baba had lived in a time of technology, Internet, and social networking sites? He would surely have recorded a video of the thieves coming into the cave? And maybe, he would have taken a selfie at the entrance to the cave, and also another one, of course, among the jewels inside the Sesame Grotto!

Sadly, he would not put his adventure on Instagram in case the thieves saw it there. 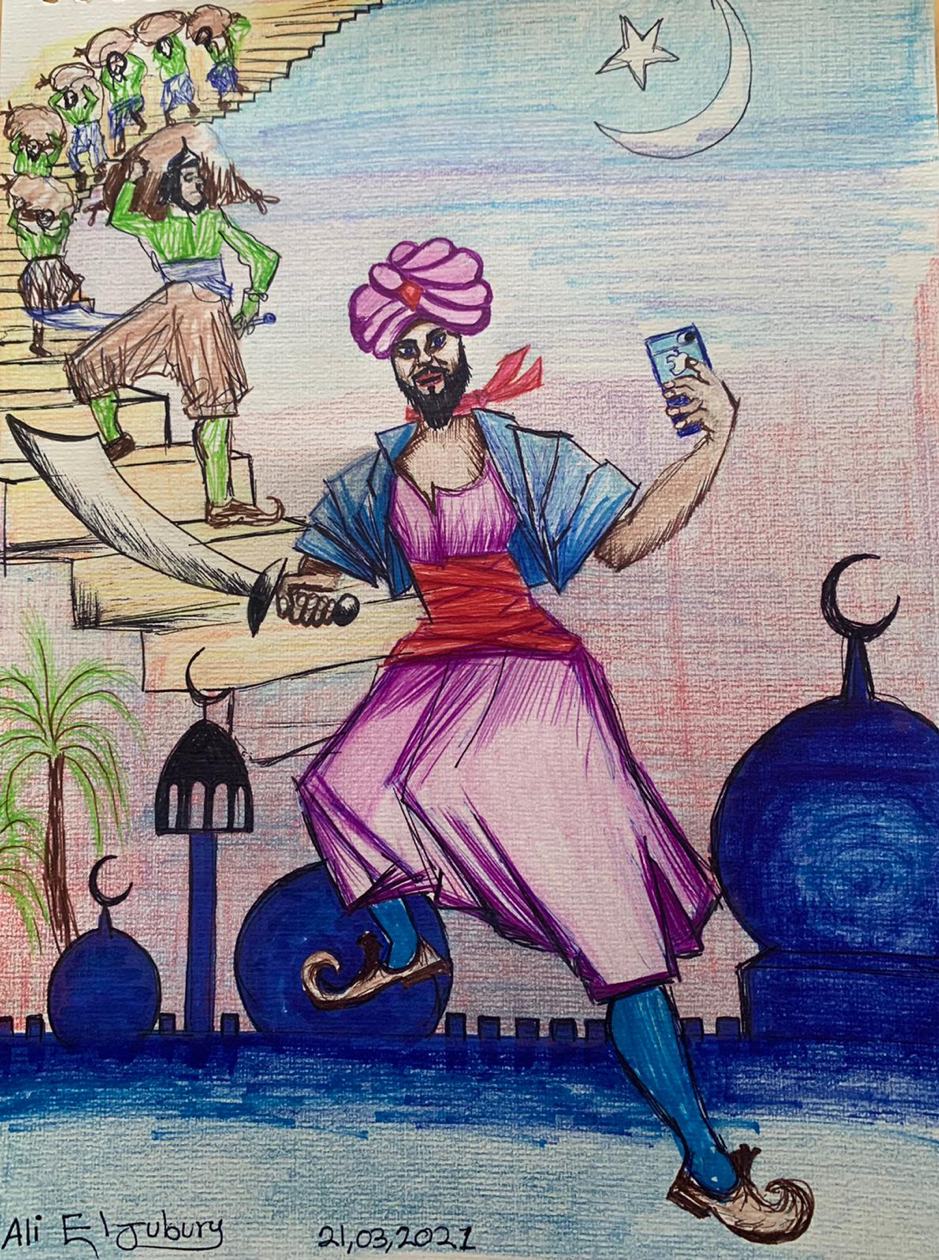 I smiled, what a strange world we live in now, where people compete to reveal the smallest details of their lives. Unfortunately, everyone has lost his or her privacy in communicating with their closest loved ones, children, and families. It is enough to display fake joy, love, and happiness online. I don't know if they want to convince others, or just themselves, that they are really happy.

Sorry to say, we have become addicted to the phone, and even the least addicted take out their phones five to ten times a day.

The smart phone has turned us into stupid creatures. I afraid that one day we will introduce ourselves saying: my name is ..., the number of my followers is...

A person's value will be determined by the number of followers they have.