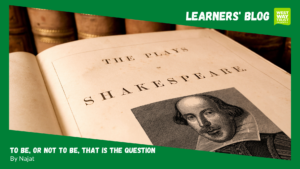 Over 400 years after the death on St George’s Day of the English literature icon William Shakespeare, his timeless plays still take centre stage, as if time had never passed.

On the anniversary of his death, the online Guardian newspaper offered a new way to honour Shakespeare with the title: The Bard in black and white: Shakespeare by Tristram Kenton – in photos. Kenton’s black-and-white photographs showed scenes from Shakespeare's plays: A Midsummer Night's Dream, 1989, The Merchant of Venice, 1989, King Lear, 1993, As You Like It, 1992, Othello, 1989, and snapshots of Romeo and Juliet, 1990.

It was a great job, a different and special idea, for the anniversary of the playwright’s death on 23 April, 1616. Strangely, we believe he was also born on 23 April, 50 years earlier. The beautiful thing is that the photographer took 23 photos of his plays, corresponding with his birthday and the date of his death as well!!

This pleasant eulogy means that William Shakespeare is always present in our memory despite the length of time and the succession of generations. He is the uncontested godfather of English literature.